After what seemed like the best night’s sleep in the world we had a lazy morning planning the day ahead. Having looked at a (very basic) map, it was decided we could probably save the bus fare and walk from Grafarvogur into Reykjavik city centre. Even though it didn’t seem like such a good idea at the time we ended up seeing much more than originally planned and managed to get there within 2 hours. There turned out to be quite a lot of good photo opportunities too! 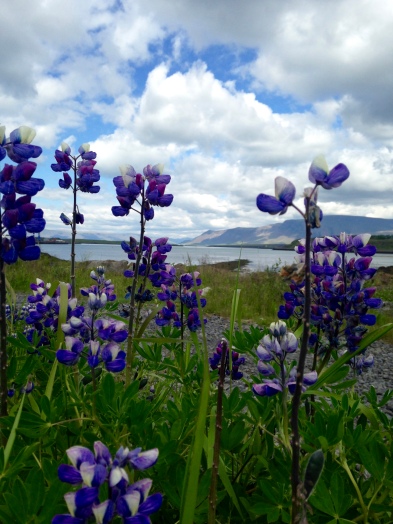 We took a detour to a big park which contained a sports stadium the Reykjavik botanical garden. We didn’t go inside because we were on a mission to get to a certain point within 2 hours but I managed to take a few pics from over the hedge.

We FINALLY reached the Hallgrímskirkja (famous rocket shaped church) at 3pm! It was pretty spectacular on the outside but the inside was kind of boring to be honest. Also it was going to cost us over £6 each to get to the top. We would have liked to see the views of the city from the top but our student budgets didn’t quite stretch that far. By this time we were ridiculously hungry so ran into the nearest subway for a refuel. 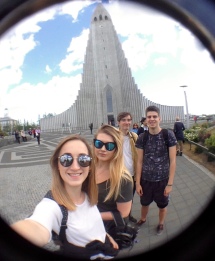 After a late lunch we wandered round the city for a bit and headed for the Harpa Concert Hall. As the weather was so lush, literally all our pictures looked amazing so I think I ended up taking about 300! There were individual exhibitions inside the building which had an entry charge but we were able to walk around and take in the views for free. This was definitely my favourite part of the day and I would 100% recommend popping in for the photo opportunities this beautiful building gives. Here are a few of my favourite photos from both inside and outside. 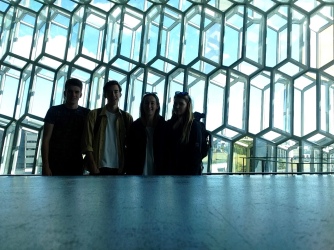 After Harpa we had a quick look around another small part of downtown Reykjavik before making our way to a bus stop and heading back to the house. We made our first budget pasta meal when we got home and had some much needed chill time.

4 thoughts on “A day in Reykjavik”